Humor of the pathetic & the overstatement. Satanic humor. Everything very theatrical... with Pessers the sublime moment is always catastrophe's child.

Hieron Pessers’ exuberant paintings evoke associations with the magic realistic tradition in Holland and Dutch painters like Charley Toorop and Pyke Koch – as well as such diverse artists as Goya and Teresa de Lempicka in a wider European tradition. The ‘lyrical and tragic canvases’ as Pessers himself called them visualize a world entirely his own – one that is often unsettling: making merry on the edge of the precipice ..’ 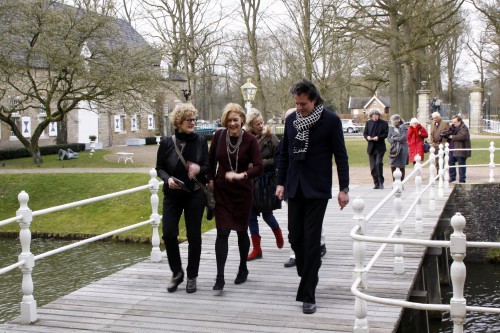 The organisers of the exhibition. Photo by F. van Hienen